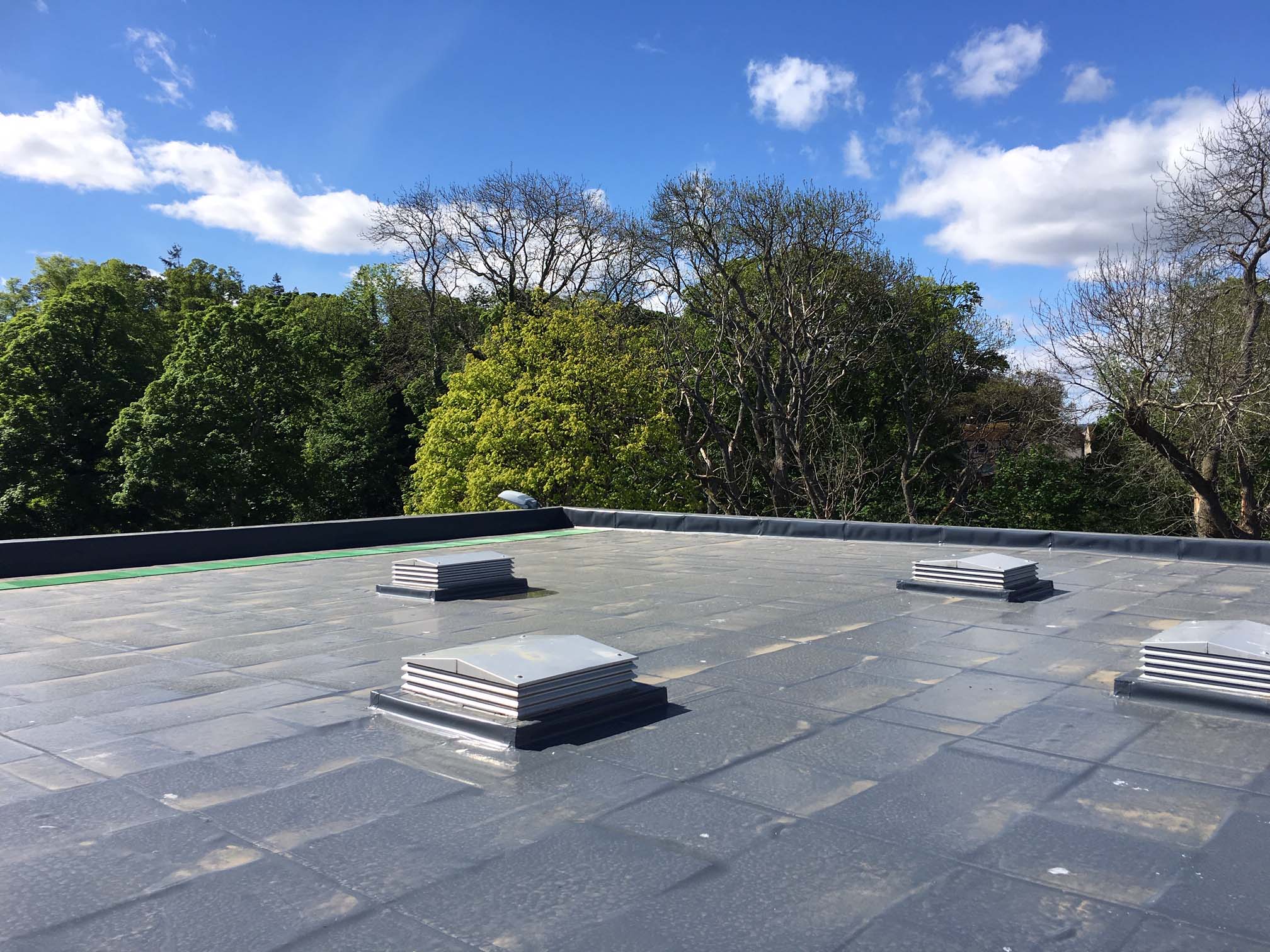 Gradient supplied the single-layer insulation solution as part of a challenging multi-roof refurbishment at a Scottish school.

Wear and tear had caused large areas of the existing flat roofing at Forres Academy near Inverness to start leaking, hence the urgency for a reliable, long-term replacement. Contractors, Macleod Roofing, was selected to carry out the £1.1m refurbishment over a 10,500m2 area involving eight roofs of multiple levels. Such was the enormity of the refit; it had to be completed in four phases during the school term. In order to optimise water run-off and issues relating to ponding, which if left untreated can cause long-term damage to a building, the academy’s new roof required a quality tapered insulation system. Gradient, in conjunction with ICB Waterproofing and Recticel Insulation, was able to provide the precise solution: Evatherm A, which formed the single-layer system as part of a bespoke, single-layer design devised by the company’s expert technical team.

For the Forres Academy project, roof refurbishment work began in October 2016. Initially, this involved stripping the existing fibreglass roofs and insulation. This revealed the existence of a number of rooflights, which needed to be fully-insulated before the new system could be implemented. A vapour control sheet provided the new roof’s first layer of waterproof protection. This was followed by the installation of Evatherm A and a single-ply, synthetic EVALON membrane which provided the roofs’ waterproof finish, incorporating a number of details such as kerbs and upstands.

Dave Mackinnon, General Manager at Macleod Roofing, said: “Gradient’s tapered solution was the best and most cost-effective solution when it came to deciding the insulation specification for this project. It was incredibly quick and easy to install, which proved extremely important as we were working during the school term and time was of the essence. Gradient delivered the off-site design, which involved our consultation at every stage. The system itself comes with a 20-year guarantee, giving peace of mind to the client of the roof’s quality and long-term performance.”

The roof refurbishment was completed in May 2017. Thanks to Gradient’s expertly-designed tapered insulation scheme, the new system will provide all-weather protection throughout its lifespan to help create a comfortable learning environment for the students within the building.