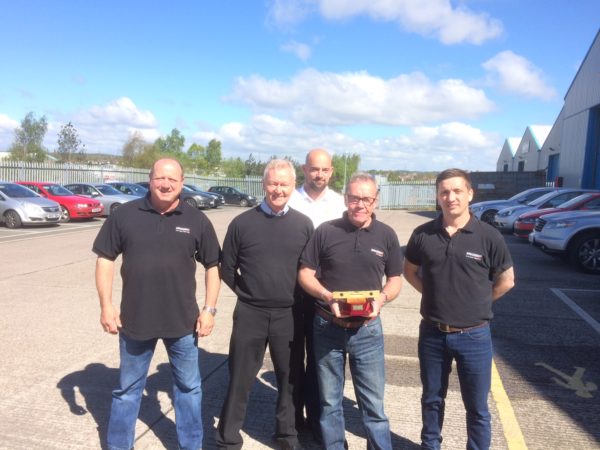 Roofing Surveyor Phil Riley is to retire on May 30th following 24 years’ service with Gradient.

Phil joined Gradient on March 24th, 1993. Gradient was then a fledgling firm and his appointment was part of our expansion programme. In those days, surveys were still being carried out by company directors working at the old factory which had opened in Four Ashes. Such was the expansion’s success; the tapered surveying division alone grew to a national team incorporating five specialist site staff.

Phil announced his retirement towards the end of 2016 with a celebratory dinner in Cannock attended by a gathering of well-wishers made-up of friends and former colleagues. Also in attendance were members of our partner companies, some of whom had travelled a good distance to give Phil an appropriate send-off.

As Phil prepares to say goodbye to Gradient, we have a new experienced, surveyor joining the team. Carl Drysdale-Groves, a formerly self-employed surveyor/estimator with more than 20 years’ high-calibre experience in the roofing industry, has been appointed. He takes-up the post on May 30th and we are sure his extensive knowledge and skills will be a huge asset to Gradient in the months and years to come.

We join those in wishing Phil a very long, happy and healthy retirement and give thanks once again for his unstinting service to Gradient.